DHL shipping is back! Check out the updated shipping rates 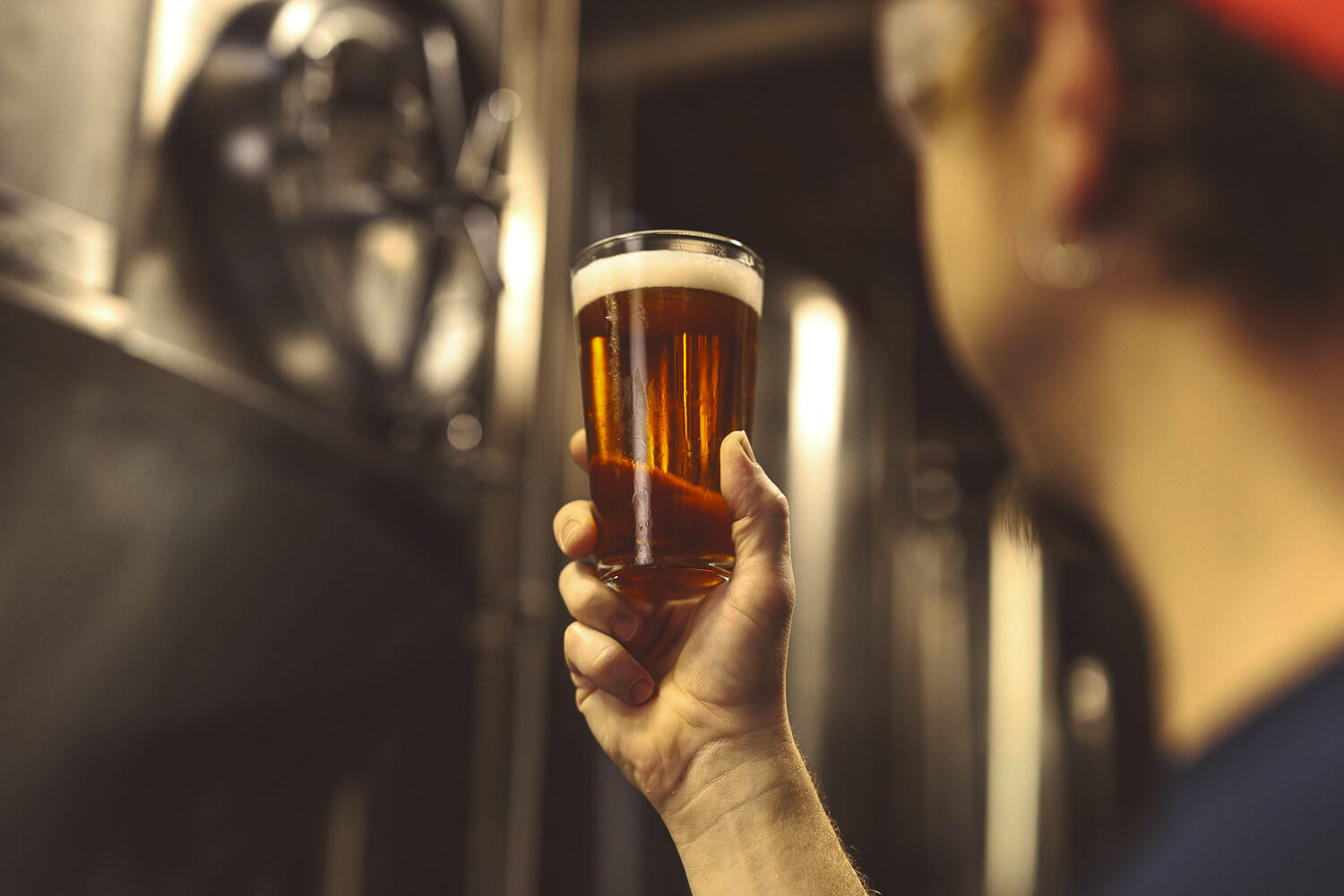 IGA – The Craft Beer of Italy

Italy has always been the symbol of good food and good wine, but is also making itself known in the brewing sector with beers of the best quality: IGA – The craft beer of Italy.

IGA stands for “Italian Grape Ale”. It’s a new kind of high-fermentation craft beer made with grapes or grape must. This combination of beer and wine flavours, given the huge amount and variety of vines in Italy, creates infinite combinations of taste and aromas and opened the doors to a new and original way of distributing Italian specialities in the world.

IGA is a relatively new product: the first beer with the addition of grapes was produced in 2006. The success of the first product encouraged Barley, the first brewery to try this variant of craft beer, to launch several IGA beers on the market. After 2010 other breweries started to produce their own variants of Grape Ale, and now it is estimated that more than 150 different types of IGA beers are produced in Italy.

Italy has become the point of reference for the creativity of IGA and craft beer. Italian brewers don’t come from traditional production handed down from generation to generation, so they are able to work freely, to experiment with particular ingredients or new production techniques without being tied to traditional rules, like it happens in other countries with a long history of brewing.

Thanks also to a heritage of indigenous vines unique in the world, and the great biodiversity of grapes in Italy, there are also many opportunities for Italian Grape Ale to find a connection to the territory of origin using local grapes.

Like wine, craft beers have become worthy protagonists in restaurant menus, they enrich any type of gastronomic experience and stimulate the curiosity of a wider audience.

IGA CRAFT BEERS OF ITALY YOU SHOULD TRY

Where do we have to look to find a good IGA Italian craft beer? Easy. The same places where you would look for a good wine.

Italian Grape Ale “Moma” is such an example. This Piedmontese craft beer is made with the same grapes as the famous Nebbiolo wine. The “Moma” project was born as a collaboration between the Balabiòtt Brewery and Cantine Garrone, historic wine producers in the area. The MOMA line is produced with 30% nebbiolo grape must. This beer is perfect for lovers of low alcohol sour beers.

Another great example of Piedmontese IGA is Italian Grape Ale “Higa”. This beer comes from Hordeum brewery with the cantina Enrico Crola. “Higa” is produced only once a year, at the time of the harvest, using water, barley malt, grape must, hops and yeast. It is amber, with orange reflections. It is very soft and pleasant, with a slightly bitter aftertaste, with citrus fruits and yeast aromas. 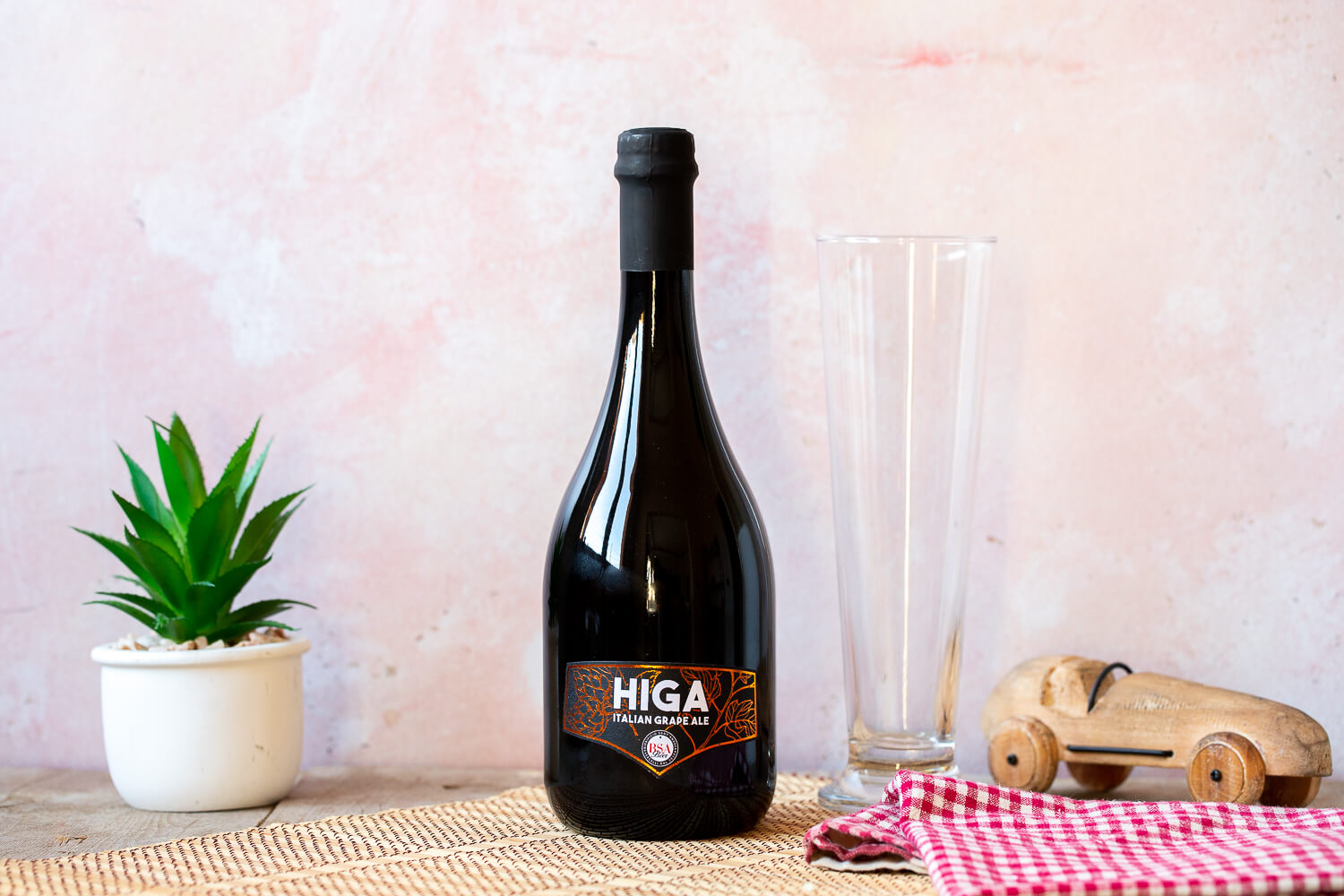 HOW TO PAIR IGA WITH ITALIAN FOOD

Although IGA beer is classified as a light beer, it can sometimes be quite dark and intense while its flavour undergoes countless variations.

Beer has usually been associated with simple foods but the IGA version is ready to dispel this myth thanks to the wine notes that can potentially raise this drink to a more sophisticated context.

The grape component of Italian Grape Ale beer goes well with the varieties of the Mediterranean Diet, becoming an excellent match for typical winter dishes and aged cheeses.