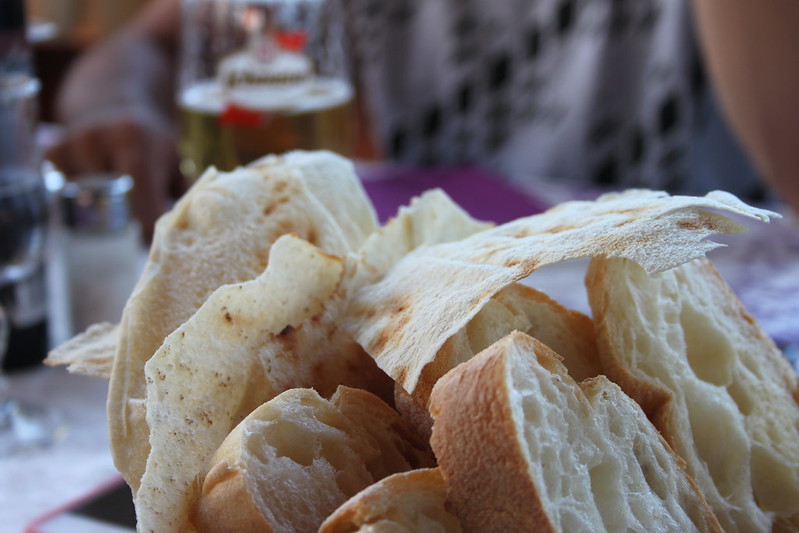 Like the other regions, Sardinia also has a long history of traditions, which is not only found in cheeses and wines but also in bread… and in particular the most loved and famous Sardinian Bread: Carasau.

“Carasau” comes from the Sardinian verb “carasare”, which means “to toast”. This bread is generally found in the form of extremely thin discs and its particularity is that it is toasted: it undergoes double cooking, which gives it a unique crunchiness and a very long shelf life.

With the toasting process, a phase in which the bread is put back into the oven for a second time, most of the water contained in the bread is eliminated, resulting in a dry and crunchy product that can last up to 180 days.

Historically, this Sardinian bread was born as food for Sardinian shepherds. In fact, the characteristics of carasau bread, that is, its long shelf life and its great energy supply made it the ideal food for shepherds during periods of transhumance when they had to stay away from home for several weeks.

HOW TO MAKE CARASAU?

Traditionally, carasau bread was prepared by Sardinian women with the help of friends and family. Today, it is mainly industrially prepared following 4 very specific production phases contained in the cycle called “Sa cotta”.

Although the recipe for Pane Carasau requires few ingredients, its processing is long and complicated and requires a certain mastery that only the local Sardinian bakers can guarantee.

A VARIANT OF CARASAU: GUTTIAU

Guttiau is a more flavourful and tasty variant of Carasau bread, as it is seasoned with olive oil and lightly salted on the surface before the last toasting in the oven.

The name itself means “dripped” because of this process, and after it is done with the toasting, when it is still hot, it is sprinkled with salt to make it even tastier. 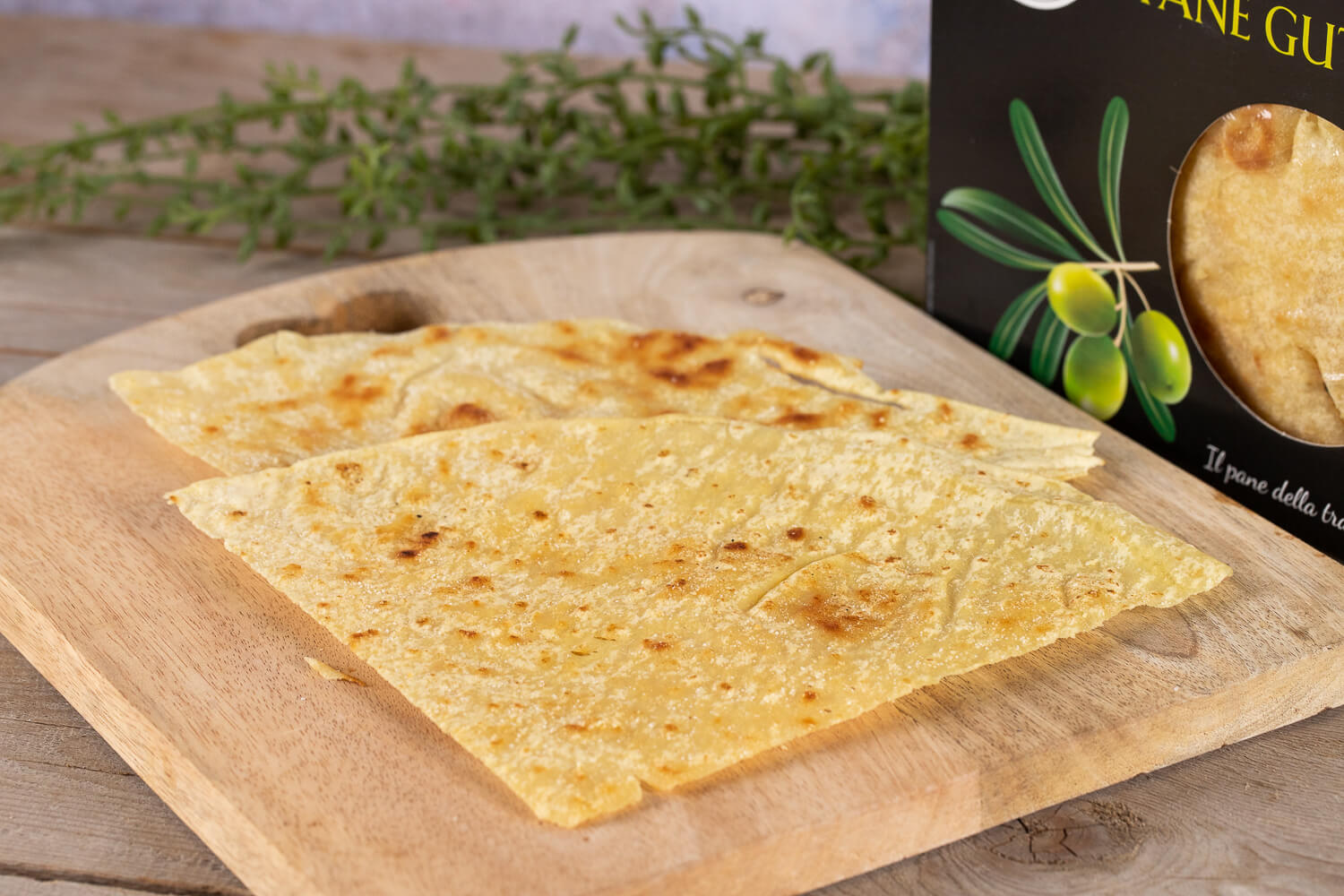 HOW TO EAT CARASAU AND GUTTIAU

In general, carasau bread is consumed either naturally as it is, to accompany sweet or savoury dishes, or immersed in water, becoming the “infutsu” bread, softer and ideal to be stuffed with meats or cheeses. It can be used in many preparations, from appetizers to first courses, up to desserts… from Lasagna to Millefoglie this thin bread has many faces!

On the other side, Guttiau, which is more savoury than carasau, should be eaten as it is, perhaps accompanied by Pecorino Sardo and Salsiccia Sarda.

In the Sardinian dialect there is a proverb that says “pane et casu e binu a rasu”, meaning “bread, cheese, and a full glass”… find these three and you’ll have found happiness!