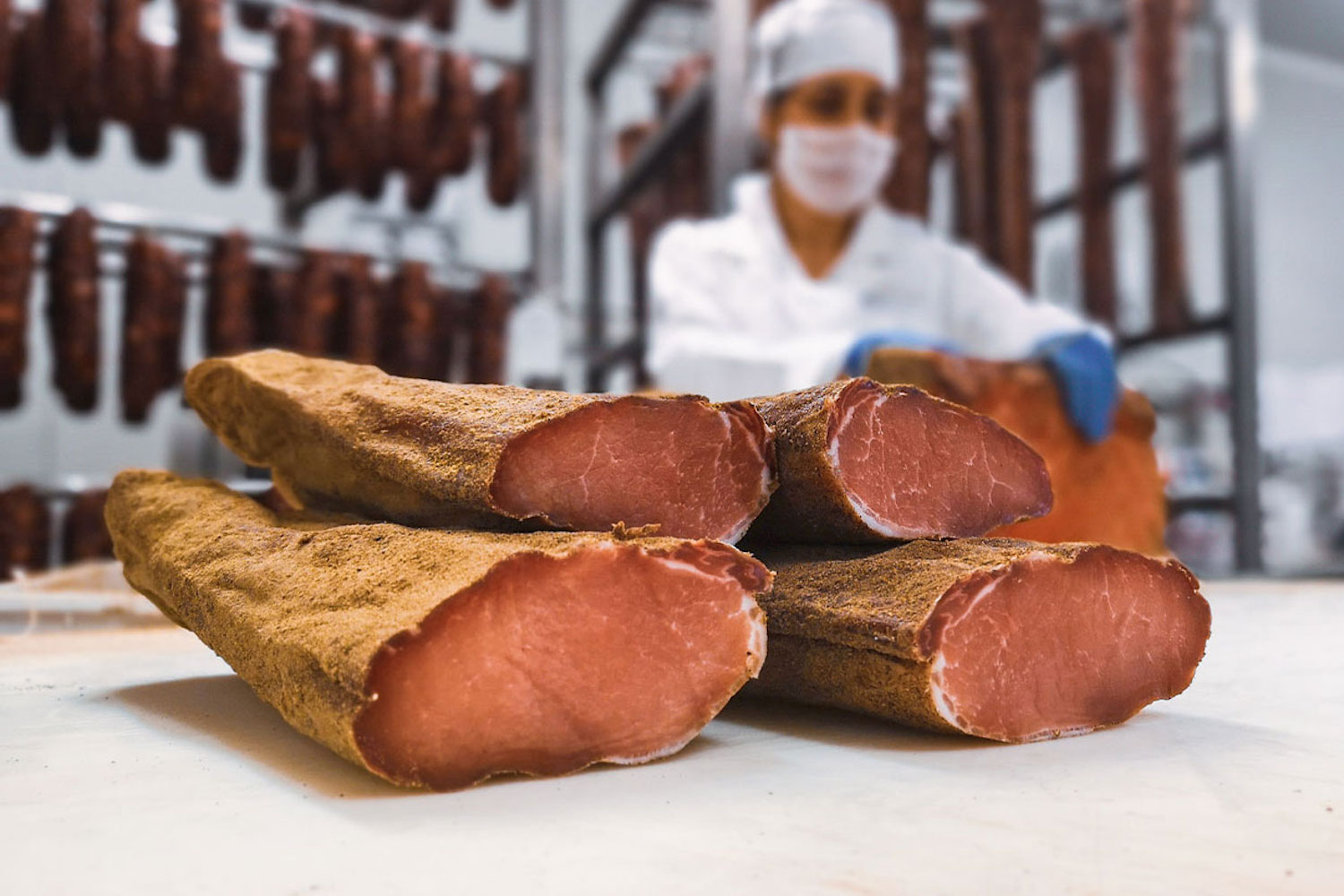 The best of Sardinian Cured Meats

Discovering all the typical products of Sardinia is a long journey full of surprises around every corner. The long history of Sardinian farms allows us to better explore the wide variety of Sardinian cured meats, and it gives us a chance to bring some excellent products to your table!

The Sardinian sausage, also known as “satizza” or “sartizzu” by locals, is considered the Sardinian cured meat par excellence, is produced throughout the territory, and has the typical cylindrical and horseshoe shape. This product has very ancient traditions and is obtained by processing pork, with attention to using the same amount of fat and lean parts. It can be found in different versions: fresh, cured, and smoked.

Salsiccia La Sarda, for example, is a homemade specialty prepared with the best cuts of fresh meat, a coarse-grained artisanal processing that skilfully mixes fatty and lean parts of the meat, and a careful seasoning process.

This delicacy can be added to a charcuterie board of Sardinian specialties, as well as used to make a great pasta sauce. 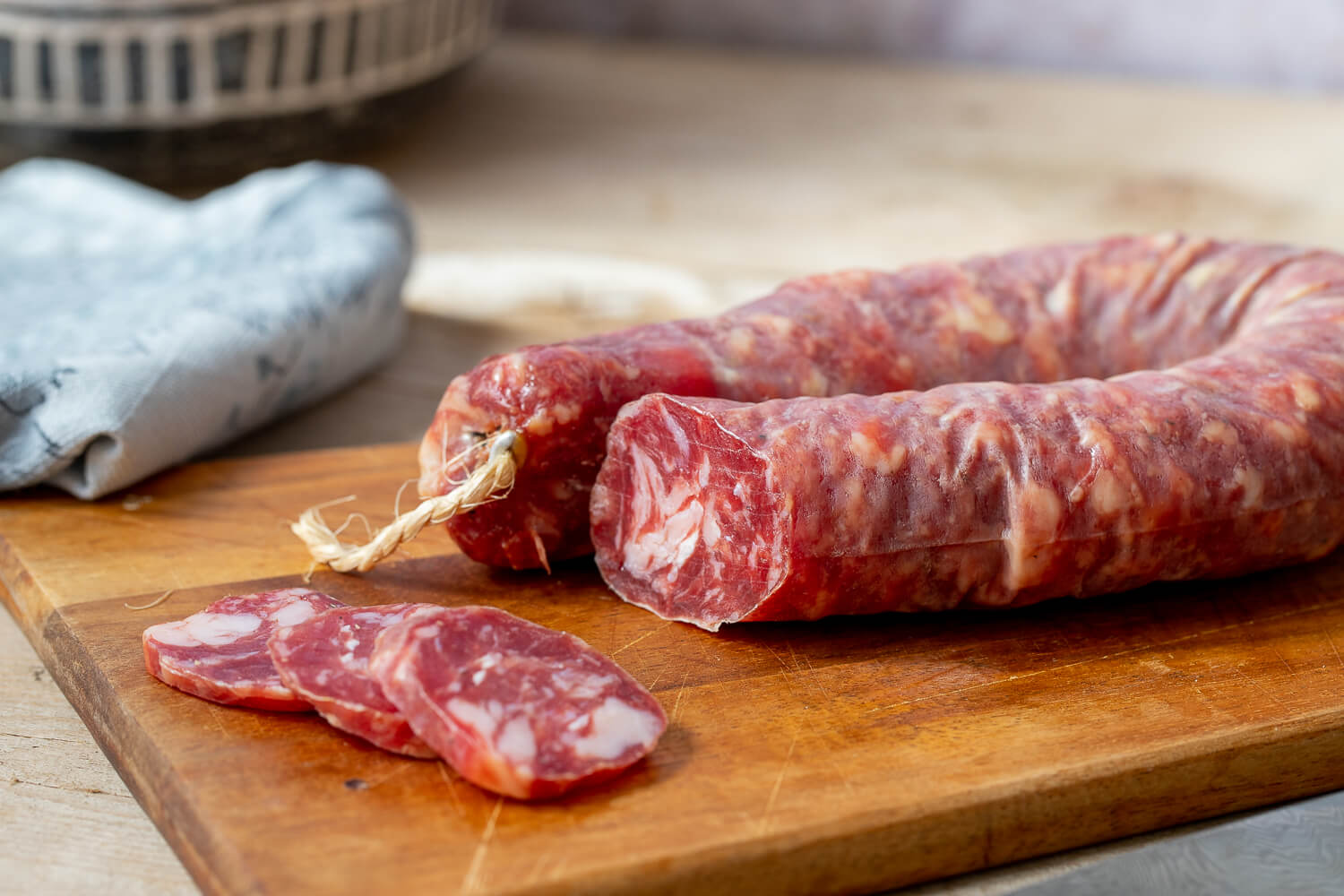 The origin of its name is interesting as it derives from its characteristic elongated shape: reminiscent of Mustelidae animals which include ferrets and weasels.

Mustela is a lump of dry, lean meat that is naturally cured between 30 and 50 days. Depending on the type, the colour can vary from an intense red to a more rosy one, while the taste is sweet and slightly peppery.

The use of the finest pork meats makes it a tasty delicacy, true to its history. To best savour this speciality we recommend eating it as a snack accompanied by the typical Carasau bread. 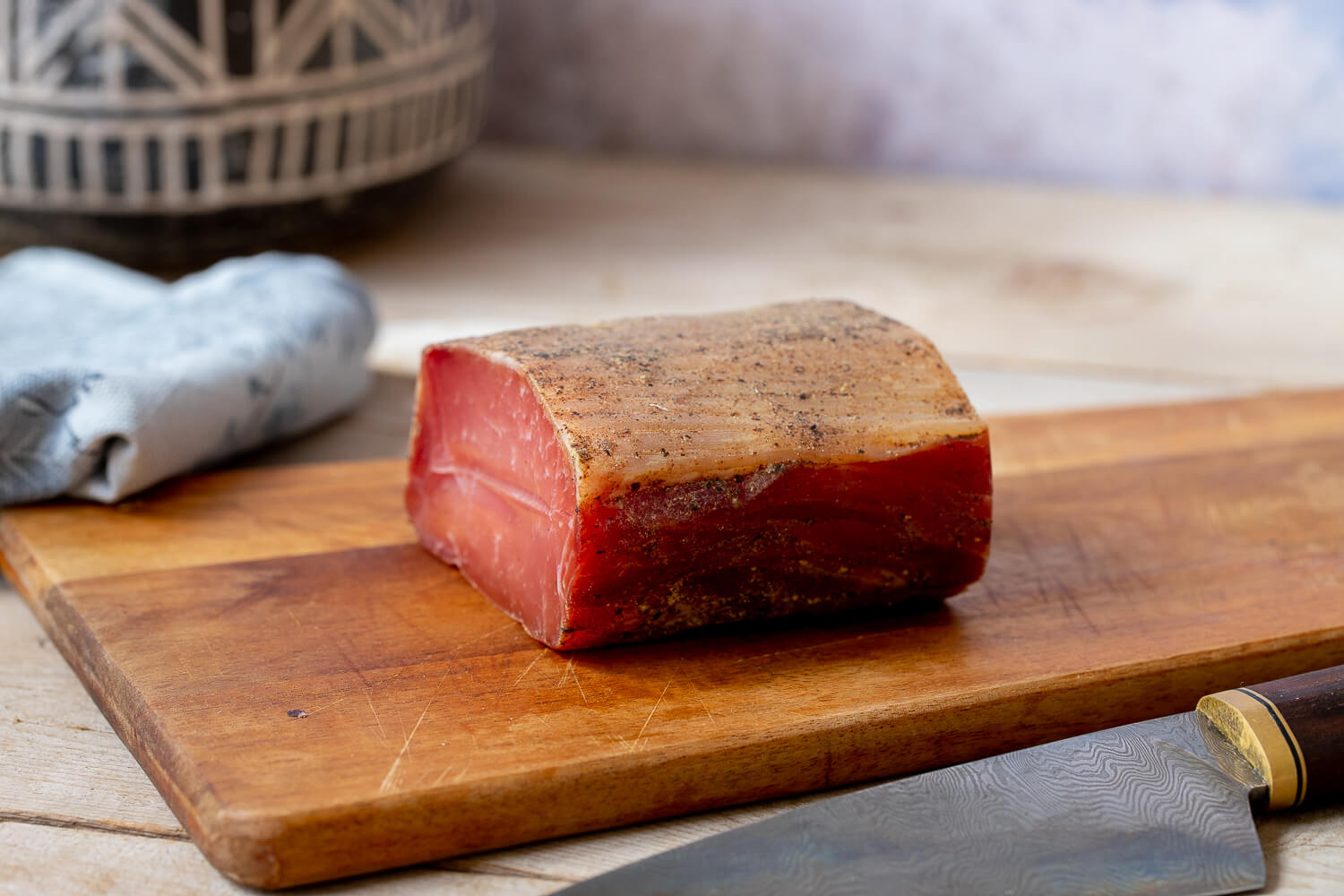 Among the many plants that grow in Sardinia, favoured by a mild climate and variable altitudes, the myrtle certainly stands out. We can say that it is almost the symbolic plant of Sardinia, and as such, it is often used in local cuisine to make typical dishes tastier. Sardinian-cured meats are no exception.

In the Middle Ages, myrtle was already used instead of pepper to season meat, and in some Sardinian festivals, it is still the protagonist of various typical recipes.

Sausage with myrtle is a typical Sardinian sausage spiced up with aromatic herbs. The myrtle berries, intensify the flavour of the meat and give the sausage a wild, sour and persistent aftertaste. The aromatic and delicate scent as well as its unique flavour makes this Sardinian cured meat unmistakable.

Lardo Teso with myrtle is another excellent example of a winning pairing. The melting consistency of the lard and the sweet and aromatic flavour of the myrtle make a unique combination.

To be able to taste and to best enjoy these products, we recommend eating them as an aperitif, with simple Carasau, cheese, or tomato and basil to bring out the best of the distinctive flavour of myrtle.